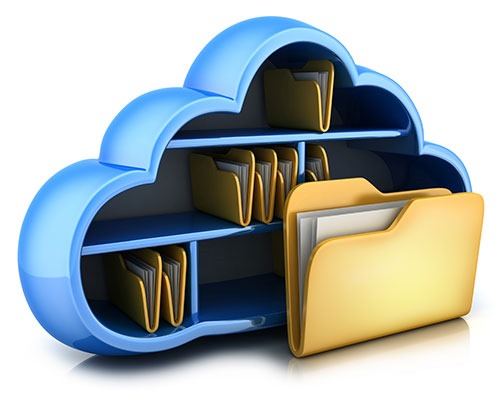 What Is File Server ?

In computing, a file server (or fileserver) is a computer attached to a network that provides a location for shared disk access, i.e. shared storage of computer files (such as text, image, sound, video) that can be accessed by the workstations that are able to reach the computer that shares the access through a computer network. The term server highlights the role of the machine in the client–server scheme, where the clients are the workstations using the storage. It is common that a file server does not perform computational tasks, and does not run programs on behalf of its clients. It is designed primarily to enable the storage and retrieval of data while the computation is carried out by the workstations.

In modern businesses the design of file servers is complicated by competing demands for storage space, access speed, recoverability, ease of administration, security, and budget. This is further complicated by a constantly changing environment, where new hardware and technology rapidly obsolesces old equipment, and yet must seamlessly come online in a fashion compatible with the older machinery. To manage throughput, peak loads, and response time, vendors may utilize queuing theory[1]to model how the combination of hardware and software will respond over various levels of demand. Servers may also employ dynamic load balancing scheme to distribute requests across various pieces of hardware.

The primary piece of hardware equipment for servers over the last couple of decades has proven to be the hard disk drive. Although other forms of storage are viable (such as magnetic tape and solid-state drives) disk drives have continued to offer the best fit for cost, performance, and capacity.

Since the crucial function of a file server is storage, technology has been developed to operate multiple disk drives together as a team, forming a disk array. A disk array typically has cache (temporary memory storage that is faster than the magnetic disks), as well as advanced functions like RAID and storage virtualization. Typically disk arrays increase level of availability by using redundant components other than RAID, such as power supplies. Disk arrays may be consolidated or virtualized in a SAN.

File servers generally offer some form of system security to limit access to files to specific users or groups. In large organizations, this is a task usually delegated to what is known as directory services such as openLDAP, Novell’s eDirectory or Microsoft’s Active Directory.

These servers work within the hierarchical computing environment which treat users, computers, applications and files as distinct but related entities on the network and grant access based on user or group credentials. In many cases, the directory service spans many file servers, potentially hundreds for large organizations. In the past, and in smaller organizations, authentication could take place directly at the server itself.

A file server may be dedicated or non-dedicated. A dedicated server is designed specifically for use as a file server, with workstations attached for reading and writing files and databases.

File servers may also be categorized by the method of access: Internet file servers are frequently accessed by File Transfer Protocol (FTP) or by HTTP (but are different from web servers, that often provide dynamic web content in addition to static files). Servers on a LAN are usually accessed by SMB/CIFS protocol (Windowsand Unix-like) or NFS protocol (Unix-like systems).

Database servers, that provide access to a shared database via a database device driver, are not regarded as file servers as they may require Record locking.

Samba is a free software re-implementation of the SMB/CIFS networking protocol, and was originally developed by Andrew Tridgell. … Samba is standard on nearly all distributions of Linux and is commonly included as a basic system service on other Unix-based operating systems as well.

What Samba is All About

The commercialization of the Internet over the past few years has created something of a modern melting pot. It has brought business-folk and technologists closer together than was previously thought possible. As a side effect, Windows and Unix systems have been invading each others’ turf, and people expect that they will not only play together nicely, but that they will share.

A lot of emphasis has been placed on peaceful coexistence between Unix and Windows. The Usenix Association has even created an annual conference (LISA/NT–July 14-17, 1999) around this theme. Unfortunately, the two systems come from very different cultures and they have difficulty getting along without mediation. …and that, of course, is Samba’s job. Samba runs on Unix platforms, but speaks to Windows clients like a native. It allows a Unix system to move into a Windows “Network Neighborhood” without causing a stir. Windows users can happily access file and print services without knowing or caring that those services are being offered by a Unix host.

All of this is managed through a protocol suite which is currently known as the “Common Internet File System”, or CIFS. This name was introduced by Microsoft, and provides some insight into their hopes for the future. At the heart of CIFS is the latest incarnation of the Server Message Block (SMB) protocol, which has a long and tedious history. Samba is an open source CIFS implementation, and is available for free from the http://samba.org/ mirror sites.

Samba and Windows are not the only ones to provide CIFS networking. OS/2 supports SMB file and print sharing, and there are commercial CIFS products for Macintosh and other platforms (including several others for Unix). Samba has been ported to a variety of non-Unix operating systems, including VMS, AmigaOS, & NetWare. CIFS is also supported on dedicated file server platforms from a variety of vendors. In other words, this stuff is all over the place.

Samba consists of two key programs, plus a bunch of other stuff that we’ll get to later. The two key programs are smbd and nmbd. Their job is to implement the four basic modern-day CIFS services, which are:

File and print services are, of course, the cornerstone of the CIFS suite. These are provided by smbd, the SMB Daemon. Smbd also handles “share mode” and “user mode” authentication and authorization. That is, you can protect shared file and print services by requiring passwords. In share mode, the simplest and least recommended scheme, a password can be assigned to a shared directory or printer (simply called a “share”). This single password is then given to everyone who is allowed to use the share. With user mode authentication, each user has their own username and password and the System Administrator can grant or deny access on an individual basis.

The Windows NT Domain system provides a further level of authentication refinement for CIFS. The basic idea is that a user should only have to log in once to have access to all of the authorized services on the network. The NT Domain system handles this with an authentication server, called a Domain Controller. An NT Domain (which should not be confused with a Domain Name System (DNS) Domain) is basically a group of machines which share the same Domain Controller.

The other two CIFS pieces, name resolution and browsing, are handled by nmbd. These two services basically involve the management and distribution of lists of NetBIOS names.

Name resolution takes two forms: broadcast and point-to-point. A machine may use either or both of these methods, depending upon its configuration. Broadcast resolution is the closest to the original NetBIOS mechanism. Basically, a client looking for a service named Trillian will call out "Yo! Trillian! Where are you?", and wait for the machine with that name to answer with an IP address. This can generate a bit of broadcast traffic (a lot of shouting in the streets), but it is restricted to the local LAN so it doesn’t cause too much trouble.

The other type of name resolution involves the use of an NBNS (NetBIOS Name Service) server. (Microsoft called their NBNS implementation WINS, for Windows Internet Name Service, and that acronym is more commonly used today.) The NBNS works something like the wall of an old fashioned telephone booth. (Remember those?) Machines can leave their name and number (IP address) for others to see.

It works like this: The clients send their NetBIOS names & IP addresses to the NBNS server, which keeps the information in a simple database. When a client wants to talk to another client, it sends the other client’s name to the NBNS server. If the name is on the list, the NBNS hands back an IP address. You’ve got the name, look up the number.

Clients on different subnets can all share the same NBNS server so, unlike broadcast, the point-to-point mechanism is not limited to the local LAN. In many ways the NBNS is similar to the DNS, but the NBNS name list is almost completely dynamic and there are few controls to ensure that only authorized clients can register names. Conflicts can, and do, occur fairly easily.

Finally, there’s browsing. This is a whole ‘nother kettle of worms, but Samba’s nmbd handles it anyway. This is not the web browsing we know and love, but a browsable list of services (file and print shares) offered by the computers on a network.

On a LAN, the participating computers hold an election to decide which of them will become the Local Master Browser (LMB). The “winner” then identifies itself by claiming a special NetBIOS name (in addition to any other names it may have). The LMBs job is to keep a list of available services, and it is this list that appears when you click on the Windows “Network Neighborhood” icon.

In addition to LMBs, there are Domain Master Browsers (DMBs). DMBs coordinate browse lists across NT Domains, even on routed networks. Using the NBNS, an LMB will locate its DMB to exchange and combine browse lists. Thus, the browse list is propagated to all hosts in the NT Domain. Unfortunately, the synchronization times are spread apart a bit. It can take more than an hour for a change on a remote subnet to appear in the Network Neighborhood.